You are here: Home / Research 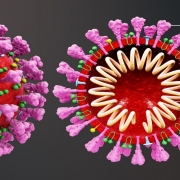 The Covid-19 pandemic, caused by coronavirus SARS-CoV-2, has brought the entire world to its knees and virtually stopped all face-to-face social interactions between humans. Personal freedoms and human rights have been severely curtailed all over the world to help slow down the infection and death rates. This newly discovered coronavirus is extremely contagious, and up to 20 times more deadly than seasonal flu. Currently, the only way to reduce community spread is by maintaining good hygiene, social distance and self-isolation. In Bangladesh, it will be a challenge to implement these public health measures in congested environments, and particularly hard for disadvantaged people and casual workers who would starve if confined at home for long. A substantial portion of the government’s stimulation package must be ring-fenced for the poor and needy, otherwise the public health measures will fail.

Effective health and economic policies to counter the adverse effects of the pandemic require extensive testing for the presence of the virus in infected individuals, and people they have been in contact with. PCR- and sequence-based tests require expensive equipment and reagents, are time-consuming, and the total capacity is hardly adequate for testing all infected individuals, contact tracing and determining the infection status of health care workers. There is an urgent need for a quick, inexpensive and less-invasive blood tests for detecting anti-viral antibodies and confirming infection. A simple dot-blot blood test that provides results within 15 minutes has reportedly been developed through a joint venture collaboration between Gonoshasthaya Kendra and RNA Biotech Ltd, a company formed by a group of young researchers in Bangladesh.

If the claims for this locally developed test are validated, then the project should be treated and supported as an urgent national priority, so that adequate numbers of kits can be made available for extensive testing at the earliest. The quoted price per test is miniscule in comparison to the gene-based assays currently in use in Bangladesh and could be much lower if the recombinant antigens (the four structural proteins of the virus) were produced in Bangladesh. The imported recombinant viral antigens, produced in bacteria (E.coli), might suffice for virus detection but may not be ideal for further biological and clinical studies.

CARES is committed to giving the society the right information about the COVID -19.  Only scientific discussions by practising scientists from Bangladesh and other places are in CARES website.  Here are some new insightful suggestions from Professor Dr Jeba Seraj, an active member of CARES and a life scientist at Dhaka University. At CARES we talk science.  Engage Science in your life.   –  Wali-ul-Maroof Matin, Chairman, CARES

The above rapid test, using locally-produced recombinant antigens that more closely resemble those in the virus particle, could also be an important research tool for following antibody production and response during different phases of disease progression. If properly designed, the dot-blot assay could help identify virus-neutralising antibody in blood collected from individuals recovered from the infection. If the neutralising antibody could be purified, then its protein sequence could be reverse-engineered into a therapeutic monoclonal antibody for mass production by recombinant DNA technology. The required expertise is present in Bangladesh but the multidisciplinary technologies need to be assembled under one roof as a national core facility, a plea that has fallen on deaf ears.

It is not enough to just keep the virus at bay by social isolation. The virus-induced paralysis of normal life and enforced shutdown cannot continue ad infinitum, and countermeasures need to be contemplated. To tame and conquer the invisible beast, we need to understand its biology and molecular structure to discover its soft underbelly as a target for drug and vaccine development. Coronaviruses of innumerable types are ubiquitous in many non-primate animals. Seven of these have managed to cross over into humans. Four have been around for over a century, and cause about a third of all the seasonal colds. Three that have emerged in recent years (SARS, MERS and Covid-19) cause severe illness in humans, termed Acute Respiratory Distress Syndrome (ARDS), but SARS-CoV-2 (Covid-19 virus) is by far the most deadly and contagious.

So, how did SARS-CoV-2 emerge in humans and why is it so dangerous? The ancestor could be a bat coronavirus (88 percent sequence homology) that cannot produce disease in humans or spread from one human to another. It could have picked up these properties through genetic exchange with another coronavirus in a co-infected intermediate host such as a pangolin (an ant-eating mammal), which is a culinary delicacy and is used in Chinese medicine. It is possible that the Covid-19 virus that had finally evolved into a dangerous pathogen in pangolins passed over into a human in the wet markets of Wuhan. SARS-CoV-2 can enter human cells and spread to other humans through a molecular interplay between the viral spike protein on its surface (that gives all coronaviruses the spectacular crown-like appearance) and two vital enzymes on the surface of human cells.

The spike protein of the SARS-CoV-2 virus contains two distinct structural units. A receptor-binding domain uses a human enzyme—angiotensin converting enzyme 2 (ACE 2),as a receptor to attach the virus to the human cell surface. A second membrane-binding domain, after specific cleavage by the human enzyme Furin, can interact with and fuse the virus and cell membranes, thus facilitating virus entry into epithelial cells, and then into lung cells.This leads to infection of both the upper and lower respiratory tracts (lungs) causing ARDS, which is characterised by serious breathlessness, breakdown of cell signalling networks (cytokine storm), self-destructive immune response and massive secondary infections, ultimately leading to multiple organ failure, especially in older people with co-morbidities such as heart disease, hypertension, diabetes, kidney disease and immunodeficiencies. Less virulent and less contagious human coronaviruses either do not contain the Furin-cleavage site or possess a partial Furin-cleavage site.

Two therapeutic approaches can be tried to stop SARS-CoV-2 from infecting humans. One is to prevent or disrupt the interaction between ACE 2 and the receptor-binding domain of the viral spike protein. The other is to prevent Furin from cleaving the viral spike protein. While required expertise and facilities in structural biology and rational drug design may not be currently available, scientists in Bangladesh can target the above drug development opportunities by using expertise and resources already available to them. Molecular and cell biologists should be able to develop very specific bioassays based on the above molecular targets, and these disease-specific bioassays could be used to screen the very large libraries of indigenous medicinal plants, and isolated secondary metabolites, collected by ethnobiologists and medicinal chemists in Bangladesh. Every positive lead compound would be a potential candidate drug against SARS-CoV-2 that could be patented and developed into a new drug if the required technology platform is established as a national core facility, another plea that has gone unheeded over the last fifteen years. Hopefully, the Covid-19 pandemic will open the eyes and ears of our policymakers so that higher education, research and innovation are supported at the required levels, so that we are prepared the next time around.

Besides coronaviruses, a number of viruses have crossed over from wild animals to humans (Influenza, HIV, Ebola, Marburg) in recent years, causing very frightful diseases. Most of them have lived in animal hosts for thousands of years but in recent times, human activities have destroyed the natural habitats of their hosts and brought man and wild animals into close contact. The Covid-19 pandemic is a timely warning to the human race to not destroy the environment and natural habitats of exotic animals in the mad pursuit of profits and development at any cost.

The writer is a founding member of CARES.